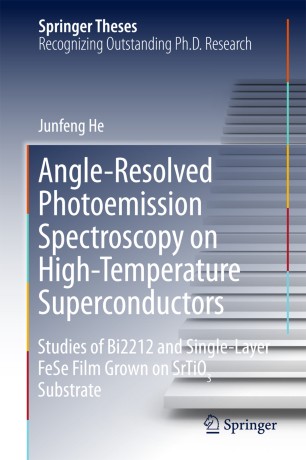 Junfeng He received his B.Sc. in physics from Sichuan University, China in 2008. He obtained his Ph.D. in condensed matter physics from the Institute of Physics, Chinese Academy of Sciences in July 2013. His PhD thesis was nominated as the "Most Outstanding PH.D Thesis" in 2014 by the Chinese Academy of Sciences. His major research project in Professor Xingjiang Zhou's group was investigation of the electronic structures of advanced materials via Angle Resolved Photoemission Spectroscopy (ARPES). Subsequently, he became a Postdoctoral Fellow working with Prof. Ruihua He at Boston College (September 2013-September 2015) and with Professor Z-X Shen in Stanford from October 2015. Dr. He has published 25 articles in reputed journals, including two Nature Materials, three Nature Communications, one PNAS (Proceedings of the National Academy of Sciences) and one PRL (Physical Review Letters) article as the first/co-first author.