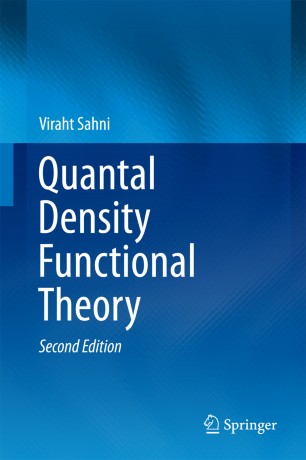 This book deals with quantal density functional theory (QDFT) which is a time-dependent local effective potential theory of the electronic structure of matter. The treated time-independent QDFT constitutes a special case. In the 2nd edition, the theory is extended to include the presence of external magnetostatic fields. The theory is a description of matter based on the ‘quantal Newtonian’ first and second laws which is in terms of “classical” fields that pervade all space, and their quantal sources. The fields, which are explicitly defined, are separately representative of electron correlations due to the Pauli exclusion principle, Coulomb repulsion, correlation-kinetic, correlation-current-density, and correlation-magnetic effects. The book further describes Schrödinger theory from the new physical perspective of fields and quantal sources. It also describes traditional Hohenberg-Kohn-Sham DFT, and explains via QDFT the physics underlying the various energy functionals and functional derivatives of the traditional approach to electronic structure.