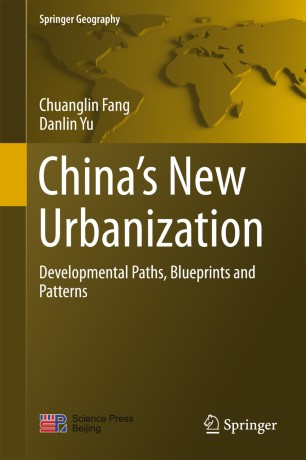 This book answers the call for New Urbanization, and proposes a “5+9+6” national spatial layout plan for the urbanization of the 770 major cities in China. This macro pattern is based on a few major metropolises at the center, and other cities supporting and benefitting from these metropolises to form a pyramid-like urban hierarchical system. The book also presents a comprehensive regionalization plan for China’s New Urbanization and strategic approaches to improving the quality of this New Urbanization.

Currently, China is aggressively promoting a so-called New Urbanization, which has been regarded as one of the primary ways to build a moderately prosperous society, to address critical issues related to agriculture, rural regions and farmers, to expand domestic demand and promote industrial innovation, and to realize the China Dream. From a systematic perspective and using recently released urban data, the authors analyze the current status of New Urbanization in China and also investigate the various potential problems and obstacles to its concrete implementation. Based on the analyses and investigations, the authors propose strategic directions, paths and basic principles for China’s New Urbanization. In addition, they clearly identify the three different modes of New Urbanization, namely, the general mode, differentiated mode, and gradual mode.

Today, many scholars argue that China’s urban regions are experiencing a highly unsustainable mode of development. Chinese cities are heavily burdened by the so-called “urban diseases,” which are characterized e.g. by congested traffic, polluted water and air, and a lack of open and green spaces. Traditional urbanization, which primarily focuses on economic development, must be fundamentally reformed. New Urbanization, which focuses on integrated economic development, social integration and space/environmental sustainability, or simply put, on the quality of urbanization, has been called for to provide a potential “cure” for these urban diseases. Due to the vastness of China’s population and its rapidly growing economic, political and cultural relationships with the rest of the world, the book demonstrates that the success of this New Urbanization is critical not only to the future of urban China, but also the future of urbanization worldwide.

The book offers a valuable reference work for all researchers, graduate student and policy makers interested in China’s urban development.