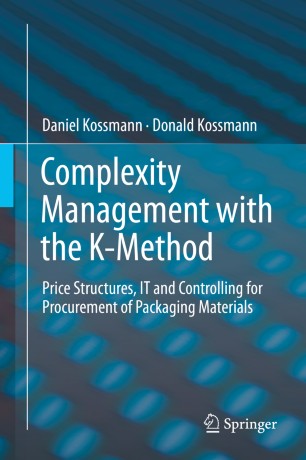 Complexity Management with the K-Method

Price Structures, IT and Controlling for Procurement of Packaging Materials

The book describes the K-Method developed by the authors. The purpose of the K-Method is to negotiate and manage a complex portfolio of customised materials all belonging to the same purchasing group (e.g. labels). The underlying idea is to agree on prices for specification features, instead of giving each material an individual price based on its unique specifications. By doing so, a price formula is agreed to between the buyer and the supplier which can even define the prices of future materials with any kind of specification.