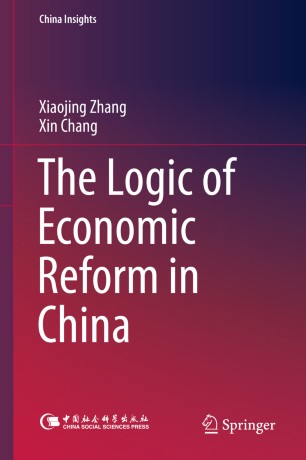 The Logic of Economic Reform in China

This book provides a historical overview of Chinese economic reform over the past 30 years. From the genesis of the reform to the gradual improvement of the market system, and then to the re-start of the critical stage of the reform, this book includes not only research on the reform process, but also detailed descriptions of the key areas of reform since the Third Plenary Session of the 18th CPC Central Committee. On this basis, the author develops six logics for Chinese economic reform. Firstly, reform is cyclical, moving between rapid advances and deadlock; this calls upon us to re-examine the common view of reform. Secondly, reform is systematic; it cannot succeed without supporting reforms in other fields. Thirdly, the relationship between reform, development and stability should be properly handled. This “trinity” is quite different from the perspective of western mainstream theory, which puts too much emphasis on efficiency. Fourthly, the success of Chinese reform was not achieved by chance. The reform practice is based on the theoretical logic, and also goes beyond the debate between progressive and radical modes. Fifthly, the Top-level Design should be combined with “crossing the river by moving from stone to stone,” i.e., the theoretical basis of reform should be combined with reform practice. Sixthly and lastly, the ongoing reform in China must be understood in the contexts of global competition and reform competition.