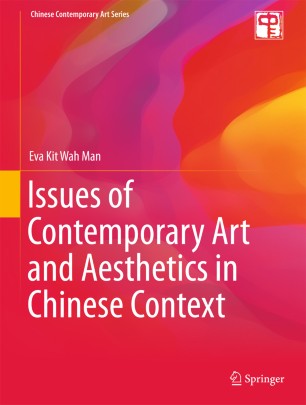 Issues of Contemporary Art and Aesthetics in Chinese Context

This book discusses how China’s transformations in the last century have shaped its arts and its philosophical aesthetics. For instance, how have political, economic and cultural changes shaped its aesthetic developments? Further, how have its long-standing beliefs and traditions clashed with modernizing desires and forces, and how have these changes materialized in artistic manifestations? In addition to answering these questions, this book also brings Chinese philosophical concepts on aesthetics into dialogue with those of the West, making an important contribution to the fields of art, comparative aesthetics and philosophy.

Professor Eva Kit Wah Man got her PhD from Chinese University of Hong Kong. She is currently Executive Associate Dean of Graduate School and a professor of the Department of Humanities and Creative Writing at the Hong Kong Baptist University. Her academic research areas include Comparative Aesthetics, Neo-Confucian Philosophy, Feminist Aesthetics and philosophy, Gender Studies and Cultural Studies. She has published numerous referred journal articles, creative prose writings and academic books in Philosophy and Aesthetics. She is also writing columns for Hong Kong Economic Journal on philosophy and art. She hosts cultural programmes for Radio Television Hong Kong. In 2004, she acts as Fullbright Scholar at U C Berkeley, U.S. She is appointed as the Association of Marquette University Women (AMUW) women chair of Marquette University, Milwaukee, Wisconsin in 2009-2010. She is an active member of the American Society for Aesthetics, International Association of Aesthetics and the Chinese Association of Aesthetics