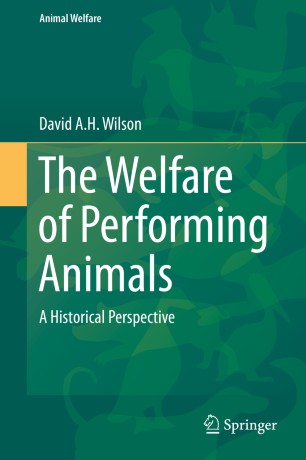 The Welfare of Performing Animals

This timely book describes and analyses a neglected area of the history of concern for animal welfare, discussing the ends and means of the capture, transport, housing and training of performing animals, as well as the role of pressure groups, politics, the press and vested interests. It examines primary source material of considerable interdisciplinary interest, and addresses the influence of scientific and veterinary opinion and the effectiveness of proposals for supervisory legislation, noting the current international status and characteristics of present-day practice within the commercial sector.

Animal performance has a long history, and at the beginning of the twentieth century this aspect of popular entertainment became the subject not just of a major public controversy but also of prolonged British parliamentary attention to animal welfare.

Following an assessment of the use of trained animals in the more distant historical past, the book charts the emergence of criticism and analyses the arguments and evidence used by the opponents and proponents in Britain from the early twentieth century to the present, noting comparable events in the United States and elsewhere.