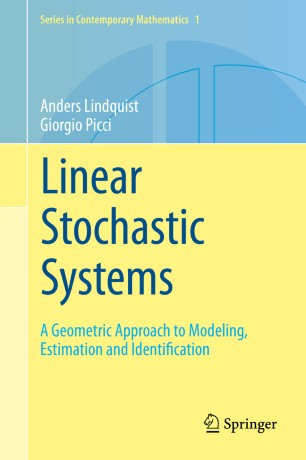 A Geometric Approach to Modeling, Estimation and Identification

This book presents a treatise on the theory and modeling of second-order stationary processes, including an exposition on selected application areas that are important in the engineering and applied sciences. The foundational issues regarding stationary processes dealt with in the beginning of the book have a long history, starting in the 1940s with the work of Kolmogorov, Wiener, Cramér and his students, in particular Wold, and have since been refined and complemented by many others. Problems concerning the filtering and modeling of stationary random signals and systems have also been addressed and studied, fostered by the advent of modern digital computers, since the fundamental work of R.E. Kalman in the early 1960s. The book offers a unified and logically consistent view of the subject based on simple ideas from Hilbert space geometry and coordinate-free thinking. In this framework, the concepts of stochastic state space and state space modeling, based on the notion of the conditional independence of past and future flows of the relevant signals, are revealed to be fundamentally unifying ideas. The book, based on over 30 years of original research, represents a valuable contribution that will inform the fields of stochastic modeling, estimation, system identification, and time series analysis for decades to come. It also provides the mathematical tools needed to grasp and analyze the structures of algorithms in stochastic systems theory.