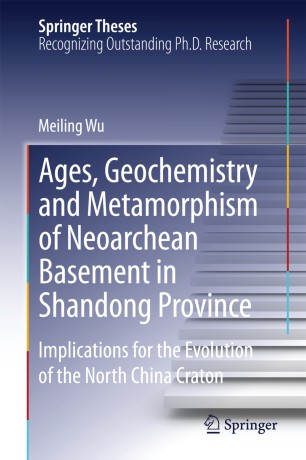 Ages, Geochemistry and Metamorphism of Neoarchean Basement in Shandong Province

Implications for the Evolution of the North China Craton

Focusing on issues of when and how Archean crust in the craton was formed, this PhD thesis book presents major research outcomes of field based metamorphic, geochemical and geochronological investigations on Meso-Neoarchean basement rocks from Shandong Province in the Eastern Block of the North China Craton. Based on major findings and new data, the author proposes that the formation and evolution of Archean crust was governed by mantle plumes, not by plate tectonics. As one of the oldest cratonic blocks in the world containing rocks as old as 3.85 billion years, the formation and evolution of North China Craton is still controversial. Therefore this book will be of value to anyone interested in the evolution of cratonic blocks and Precambrian geology.

Dr. Wu received her PhD. In Jan. 2014 from the University of Hong Kong. She was nominated as the Outstanding Research Postgraduate Students with her graduation. She also has gained various awards and prizes for her prominent research work during her PhD study.  Dr. Wu now works at the University of Waterloo, Canada. Her research focuses on the Precambrian crustal formation, tectonothermal evolution and tectonics.