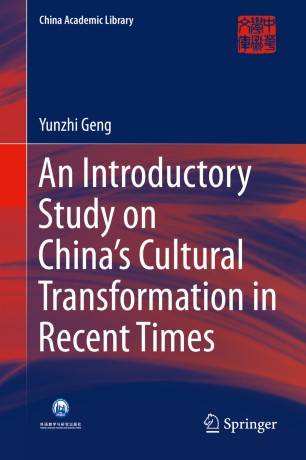 An Introductory Study on China's Cultural Transformation in Recent Times

This book examines in detail the basic trajectory of the cultural transformation and brings to light the extrinsic conditions and intrinsic mechanisms involved. It focuses on the period from after the Opium Wars to the New Culture Movement, as the New Culture Movement can be considered a pivotal phase in the cultural transformation of modern-day China. The New Culture Movement was a revolutionary eruption triggered by the accumulation of all the new qualitative cultural factors since the Opium Wars. Superficially, the movement’s goal seemed to be to overthrow the traditional culture. But in essence its true objective was to conduct an overall “screening” of that culture. The book elaborates a broad variety of points in this context, including: the ideological and cultural evolution following the Opium Wars; the pressing challenges faced by “Zhong Ti”; the initial shaping of social, public and cultural spaces and major trends in ideological and cultural transformation at the end of the Qing Dynasty; the political disarray and conflicts between the new and old ideology in the first years of the Republic; the rise of the New Culture Movement; and the role of conservatism in the transition to a modern culture.