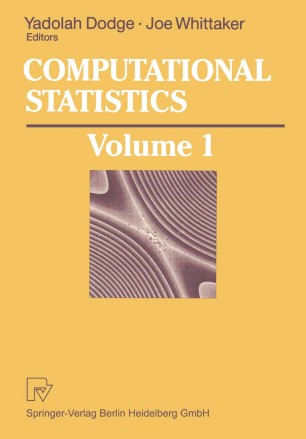 Volume 1: Proceedings of the 10th Symposium on Computational Statistics

The Role of the Computer in Statistics David Cox Nuffield College, Oxford OXIINF, U.K. A classification of statistical problems via their computational demands hinges on four components (I) the amount and complexity of the data, (il) the specificity of the objectives of the analysis, (iii) the broad aspects of the approach to analysis, (ill) the conceptual, mathematical and numerical analytic complexity of the methods. Computational requi­ rements may be limiting in (I) and (ill), either through the need for special programming effort, or because of the difficulties of initial data management or because of the load of detailed analysis. The implications of modern computational developments for statistical work can be illustrated in the context of the study of specific probabilistic models, the development of general statistical theory, the design of investigations and the analysis of empirical data. While simulation is usually likely to be the most sensible way of investigating specific complex stochastic models, computerized algebra has an obvious role in the more analyti­ cal work. It seems likely that statistics and applied probability have made insufficient use of developments in numerical analysis associated more with classical applied mathematics, in particular in the solution of large systems of ordinary and partial differential equations, integral equations and integra-differential equations and for the ¢raction of "useful" in­ formation from integral transforms. Increasing emphasis on models incorporating specific subject-matter considerations is one route to bridging the gap between statistical ana.­