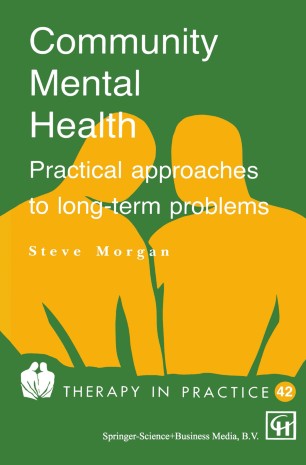 Part of the Therapy in Practice Series book series (TPS)

The client group referred to as the long-term mentally ill, the persistently severely mentally distressed, the chronically psychotic ill, or people with long-term mental health problems have generally received a poor deal from the traditional psychiatric services. Help has largely rested on custodial and medical treatments. The main focus of rehabilitative ap­ proaches has often been dictated by predetermined expecta­ tions which are usually set quite low. The assumption is often made that people in this client group are 'treatment resistant' and unlikely to make good use of opportunities to develop personal skills towards restructuring their lives. Though the emphasis of treatment has often followed medical approaches, and many non-medical people have sought to lay blame on the medical model (as characterized by diagnosis and medical treatments), it would be wrong and greatly over-generalized to follow this line of criticism entirely. In reality, some psychiatrists have been the pioneers and advocates of the diversity of approaches to community support, medical and non-medical. It is they who have often supported the development of other professionals and non-professionals and who often lead the pioneering efforts of research into methods of treatment and support.