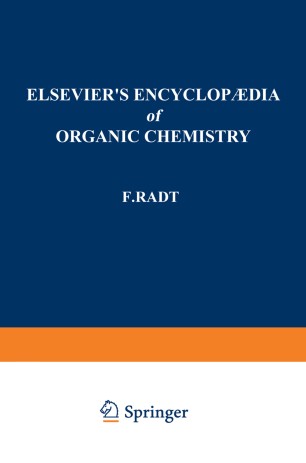 When, a few years ago, the publication of Elsevier's Encyclo­ pa:dia of Organic Chemistry was suspended, it seemed desirable to complete-on account of its monographic character-the steroid section in accordance with the original conception. One conside­ ration in favour thereof, among others, was that the steroid section of Beilstein's Handbuch will not be available for some years to come, so that also to those using Beilstein the present publication is a valuable help in bridging the gap. In view of the undiminished activity in this special field- equally important to chemists, bio­ chemists, and the medical world - the hope that the completion of this section will meet the needs of a wide circle of readers ap­ pears tobe justified. Altogether three more volumes are planned for the Supplement, the first of which, now presented, covers the steroid Oxo-com­ pounds, the Iiterature having been consulted up to the end of 1946 in conformity with the previous volumes of the steroid Supplement. Where, however, important additions and correc­ tions are concerned, Iiterature up to the most recent date has been taken into account. In treating the subject matter the same prin­ ciples have been followed as in the previous volumes of this section. Editorship remains in the competent hands of Dr. F. RADT, who has contributed a considerable proportion of the matter treated in this volume. He is assisted by Dr. A. GEORG and Dr. DoRA STERN.