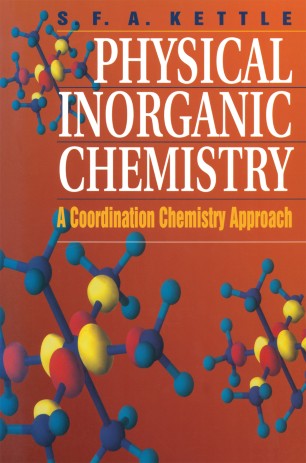 GEORGE CHRISTOU Indiana University, Bloomington I am no doubt representative of a large number of current inorganic chemists in having obtained my undergraduate and postgraduate degrees in the 1970s. It was during this period that I began my continuing love affair with this subject, and the fact that it happened while I was a student in an organic laboratory is beside the point. I was always enchanted by the more physical aspects of inorganic chemistry; while being captivated from an early stage by the synthetic side, and the measure of creation with a small c that it entails, I nevertheless found the application of various theoretical, spectroscopic and physicochemical techniques to inorganic compounds to be fascinating, stimulating, educational and downright exciting. The various bonding theories, for example, and their use to explain or interpret spectroscopic observations were more or less universally accepted as belonging within the realm of inorganic chemistry, and textbooks of the day had whole sections on bonding theories, magnetism, kinetics, electron-transfer mechanisms and so on. However, things changed, and subsequent inorganic chemistry teaching texts tended to emphasize the more synthetic and descriptive side of the field. There are a number of reasons for this, and they no doubt include the rise of diamagnetic organometallic chemistry as the dominant subdiscipline within inorganic chemistry and its relative narrowness vis-d-vis physical methods required for its prosecution.