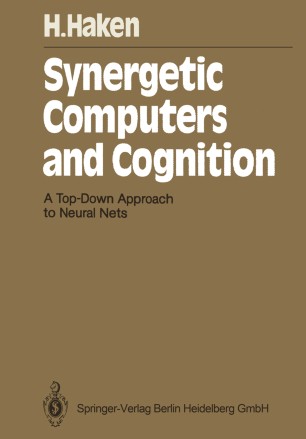 A Top-Down Approach to Neural Nets

This book will be of interest to graduate students, researchers and teachers in the computer sciences, in the cognitive sciences andin physics. It provides the reader with a novel approach to the design and study of neural nets. The applicability of this approach is shown explicitly by means of realistic examples. In addition, detailed models of the cognitive abilities of humans are included and compared with the performance of the synergetic computer presented in this book. The work presented here would not have been possible without the important help of my coworkers. Dr. Arne Wunderlin has helped me in many respects over many years and has made essential contributions, in particular to the slaving principle of synergetics. Drs. Michael Bestehorn, Rudolf Friedrich and Wolfgang W eimer have applied the methods of synergetics to spontaneous pattern forma­ tion in fluids and have further developed these methods. Armirr Fuchs has not only implemented my algorithm on a VAX computer, but has also made his own important contributions, in particular to pattern recognition that is invariant with respect to translation, rotation, and scaling. Thomas Ditzinger, Richard Haas, and Robert Hönlinger have contributed within the work on their diploma theses to the application of our approach to a number of problems that are shared by humans and computers in the field of pattern recognition. I wish to thank all of them.