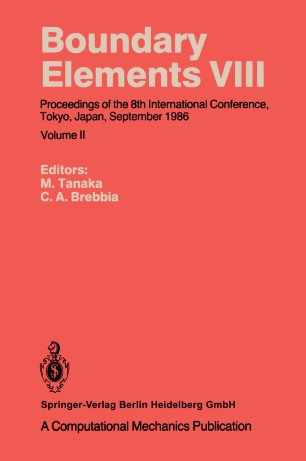 The International Conference on Boundary Element Methods in Engineering was started in 1978 with the following objectives: i) To act as a focus for BE research at a time when the technique wasjust emerging as a powerful tool for engineering analysis. ii) To attract new as weIl as established researchers on Boundary Elements, in order to maintain its vitality and originality. iii) To try to relate the Boundary Element Method to other engineering techniques in an effort to help unify the field of engineering analysis, rather than to contribute to its fragmentation. These objectives were achieved during the last 7 conferences and this meeting - the eighth - has continued to be as innovative and dynamic as any ofthe previous conferences. Another important aim ofthe conference is to encourage the participation of researchers from as many different countries as possible and in this regard it is a policy of the organizers to hold the conference in different locations. It is easy to forget when working on scientific projects that in science as weIl as in other subjects, human relationships are as important as mathematical equations. Science progresses not only as a resuIt oflaboratory and computer experiments or abstract thinking but also by a process of personal interaction.