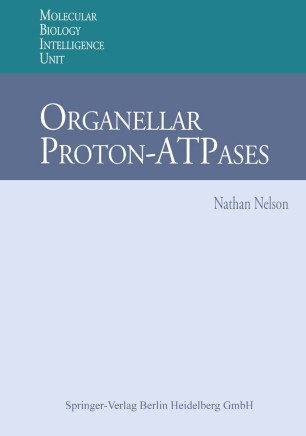 THE WORLD OF PROTON PUMPS Nathan Nelson uite frequently an observer looks at a life phenomenon and asks ~himself why nature took this route out of several other available mec anisms. In order to understand this challenge he may first try to reconstruct the evolution of the process taking into account the main driving forces that were assumed to exist during the last 3. 5 billion years on earth. Now we know that the electrochemical gradient of protons is the universal high-energy intermediate produced and uti­ lized by every living cell in nature. This high energy intermediate is an expression of different concentrations of active protons in the two faces of biological membranes. Why then did nature elect to utilize a pre­ dominantly electrochemical gradient of protons and no other ion? The answer to this question may lie in the environment in which the first living creatures evolved. Some of them may have been challenged by an acidic environment that lowered their internal pH (by a proton leak through their membranes) to lethal levels. To counteract these inci­ dents proton pumps evolved. Two independent systems were devel­ oped. One was a proton pump coupled to energetically downhill vectorial electron transport across membranes and the second was an ATP-dependent proton pump. Both of them pump protons outward from the cells generating an electrochemical gradient of protons.