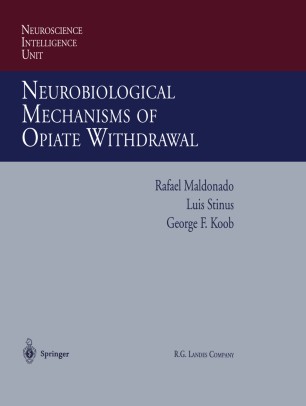 Some general aspects of opiate dependence are described in a first section including a brief historical description and an explanation of the different models currently used to investigate opiate dependence. The neurobiological bases of opiate withdrawal are detailed in a second section, which particularly emphasizes the neurophysiological adaptative changes, the processes of homologous and heterologous regulation, and the role played by different brain structures and several endogenous peptides acting as antiopiates. The last part reports several basic aspects more directly related to the clinical perspectives of opiate dependence, such as the new expectations in the treatment of opiate withdrawal or the relationships between sensitization, tolerance and withdrawal.