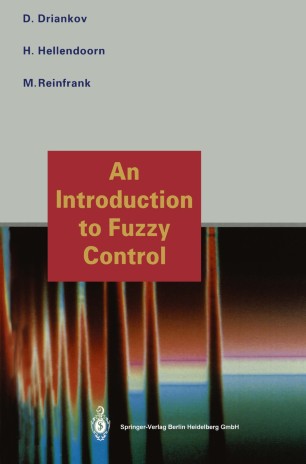 An Introduction to Fuzzy Control

Fuzzy controllers are a class of knowledge based controllers using artificial intelligence techniques with origins in fuzzy logic to compute an appropriate control action. These fuzzy knowledge based controllers can be found either as stand-alone control elements or as integral parts of distributed control systems including conventional controllers in a wide range of industrial process control systems and consumer products. Applications of fuzzy controllers have become a well established practice for Japanese manufacturers of control equipment and systems, and are becoming more and more common for their European and American counterparts. The main aim of this book is to show that fuzzy control is not totally ad hoc, that there exist formal techniques for the analysis of a fuzzy controller, and that fuzzy control can be implemented even when no expert knowledge is available. Thus the book is mainly oriented toward control engineers and theorists rather than fuzzy and non-fuzzy AI people. However, parts can be read without any knowledge of control theory and may be of interest to AI people. The book has six chapters. Chapter 1 introduces two major classes of knowledge based systems for closedloop control. Chapter 2 introduces relevant parts of fuzzy set theory and fuzzy logic. Chapter 3 introduces the principal design parameters of a fuzzy knowledge based controller (FKBC) and discusses their relevance with respect to its performance. Chapter 4 considers an FKBC as a particular type of nonlinear controller. Chapter 5 considers tuning and adaptation of FKBCs, which are nonlinear and so can be designed to cope with a certain amount of nonlinearity. Chapter 6 considers several approaches for stability analysis of FKBCs in the context of classical nonlinear dynamic systems theory.