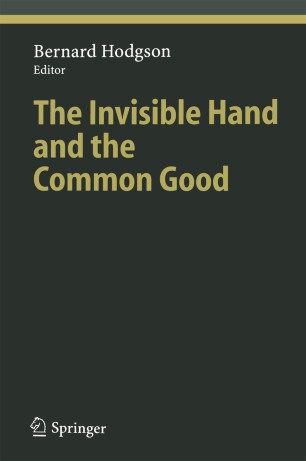 The Invisible Hand and the Common Good

The basic moral significance of neo-classical economics and the competitive market system it represents is founded on the classical liberal tradition in which the "simple system of natural liberty" is claimed to give expression to the harmony of each with all. Though such a common good would not be the outcome of the intentions of individual agents or state planning, nevertheless, the impersonal forces of a capitalist market would so allocate resources as to lead the self-interested participants in such an economy, as if by an "invisible hand", to a coherent social order of mutual advantage. The papers in this volume critically examine central aspects of the preceding social ethos underlying contemporary political economy and our increasingly globalized market culture. The inquiry is undertaken from a variety of disciplinary perspectives at the intersection of philosophy, economics, political science, sociology, psychology, and computer science.