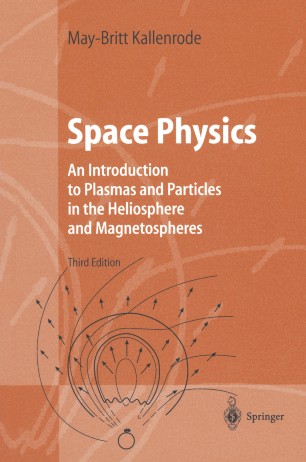 An Introduction to Plasmas and Particles in the Heliosphere and Magnetospheres

Part of the Advanced Texts in Physics book series (ADTP)

Space is a large natural plasma laboratory offering a wealth of phenomena which range from the simple to the highly complex and non-linear. This book begins with an introduction to basic principles such as single-particle motion, magnetohydrodynamics and plasma waves. It incorporates these concepts into an analysis of complex phenomena including the sun and solar activity, shocks, interplanetary space and magnetospheres, and finally the interaction between these entities in solar-terrestrial relationships. In all these subfields of space research, special attention is paid to energetic particles. The book concludes with a brief chapter on instrumentation. In this third edition, numerous examples have been added to illustrate the basic concepts and aid the reader in applying such concepts to real world physics. In addition, recent observations (ACE, TRACE, Wind) have been included. The chapter on solar-terrestrial relationships has been expanded to introduce the current research topic of Space Weather.