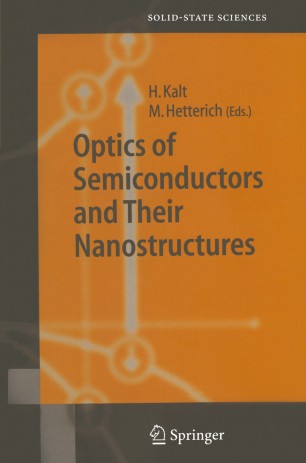 Optics of Semiconductors and Their Nanostructures

In recent years the field of semiconductor optics has been pushed to several extremes. The size of semiconductor structures has shrunk to dimensions of a few nanometers, the semiconductor-light interaction is studied on timescales as fast as a few femtoseconds, and transport properties on a length scale far below the wavelength of light have been revealed. These advances were driven by rapid improvements in both semiconductor and optical technologies and were further facilitated by progress in the theoretical description of optical excitations in semiconductors. This book, written by leading experts in the field, provides an up-to-date introduction to the optics of semiconductors and their nanostructures so as to help the reader understand these exciting new developments. It also discusses recently established applications, such as blue-light emitters, as well as the quest for future applications in areas such as spintronics, quantum information processing, and third-generation solar cells.