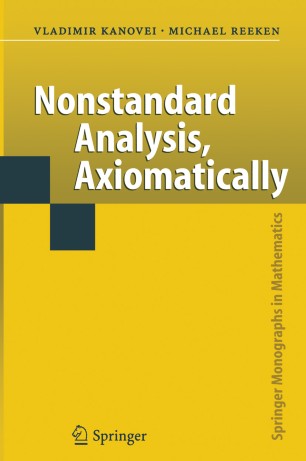 In the aftermath of the discoveries in foundations of mathematiC's there was surprisingly little effect on mathematics as a whole. If one looks at stan­ dard textbooks in different mathematical disciplines, especially those closer to what is referred to as applied mathematics, there is little trace of those developments outside of mathematical logic and model theory. But it seems fair to say that there is a widespread conviction that the principles embodied in the Zermelo - Fraenkel theory with Choice (ZFC) are a correct description of the set theoretic underpinnings of mathematics. In most textbooks of the kind referred to above, there is, of course, no discussion of these matters, and set theory is assumed informally, although more advanced principles like Choice or sometimes Replacement are often mentioned explicitly. This implicitly fixes a point of view of the mathemat­ ical universe which is at odds with the results in foundations. For example most mathematicians still take it for granted that the real number system is uniquely determined up to isomorphism, which is a correct point of view as long as one does not accept to look at "unnatural" interpretations of the membership relation.