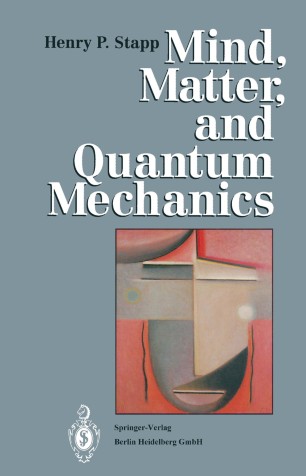 Nature appears to be composed of two completely different kinds of things: rocklike things and idealike things. The first is epitomized by an enduring rock, the second by a fleeting thought. A rock can be experienced by many of us together, while a thought seems to belong to one of us alone. Thoughts and rocks are intertwined in the unfolding of nature, as Michelangelo's David so eloquently attests. Yet is it possible to under­ stand rationally how two completely different kinds of things can interact with each other? Logic says no, and history confirms that verdict. To form a rational comprehension of the interplay between the matterlike and mind­ like parts of nature these two components ought to be understood as aspects of some single primal stuff. But what is the nature of a primal stuff that can have mind and matter as two of its aspects? An answer to this age-old question has now been forced upon us. Physi­ cists, probing ever deeper into the nature of matter, found that they were forced to bring into their theory the human observers and their thoughts. Moreover, the mathematical structure of the theory combines in a marvelous way the features of nature that go with the concepts of mind and matter. Although it is possible, in the face of this linkage, to try to maintain the tra­ ditionallogical nonrelatedness of these two aspects of nature, that endeavor leads to great puzzles and mysteries.