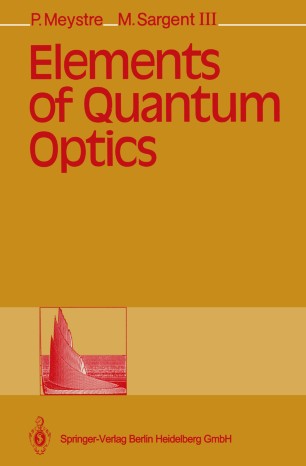 This book grew out of a 2-semester graduate course in laser physics and quantum optics. It requires a solid understanding of elementary electro­ magnetism as well as at least one, but preferably two, semesters of quan­ tum mechanics. Its present form resulted from many years of teaching and research at the Max-Planck-Institut fi. ir Quantenoptik, the University of Munich, and the University of Arizona. The contents have evolved signi­ ficantly over the years, due to the fact that quantum optics is a rapidly changing field. Because the amount of material that can be covered in two semesters is finite, a number of topics had to be left out or shortened when new material was added. Important omissions include the manipulation of atomic trajectories by light, superradiance, and descriptions of experiments. Rather than treating any given topic in great depth, this book aims to give a broad coverage of the basic elements that we consider necessary to carry out research in quantum optics. We have attempted to present a var­ iety of theoretical tools, so that after completion of the course students should be able to understand specialized research literature and to produce original research of their own. In doing so, we have always sacrificed rigor to physical insight and have used the concept of "simplest nontrivial example" to illustrate techniques or results that can be generalized to more complicated situations.