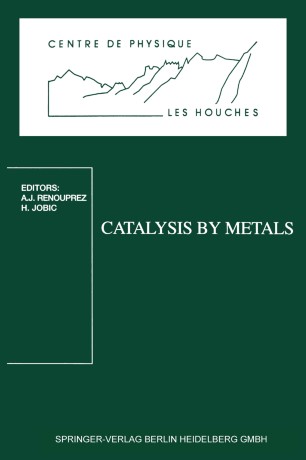 This book presents the contributions from the winter school held at the Ecole de Physique des Houches in March 1996. They portray an evolution in catalysis by metals in several directions. The first domain is cooperation on emulation between theoretical chemistry and solid state physics leading to predictions of the reactivity of catalytic systems. The second domain which has become of primary importance is the abatement of pollution. The major achievement of catalysis in the past 10 years is the valorization of agricultural supplies. The book is a must for those who are concerned with catalysis, metals, physical techniques and catalyst reaction.