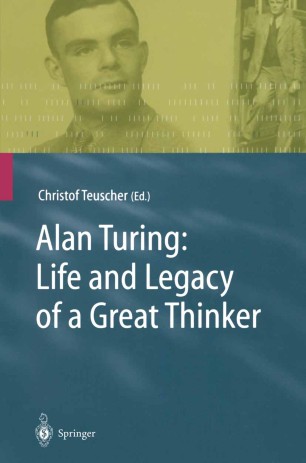 Alan Turing: Life and Legacy of a Great Thinker

Alan Turing's fundamental contributions to computing led to the development of modern computing technology, and his work continues to inspire researchers in computing science and beyond. This book is the definitive collection of commemorative essays, and the distinguished contributors have expertise in such diverse fields as artificial intelligence, natural computing, mathematics, physics, cryptology, cognitive studies, philosophy and anthropology.

The volume spans the entire rich spectrum of Turing's life, research work and legacy. New light is shed on the future of computing science by visionary Ray Kurzweil. Notable contributions come from the philosopher Daniel Dennett, the Turing biographer Andrew Hodges, and the distinguished logician Martin Davis, who provides a first critical essay on an emerging and controversial field termed hypercomputation. A special feature of the book is the play by Valeria Patera which tackles the scandal surrounding the last apple, and presents as an enigma the life, death and destiny of the man who did so much to decipher the Enigma code during the Second World War.

Other chapters are modern reappraisals of Turing's work on computability, and deal with the major philosophical questions raised by the Turing Test, while the book also contains essays addressing his less well-known ideas on Fibonacci phyllotaxis and connectionism.