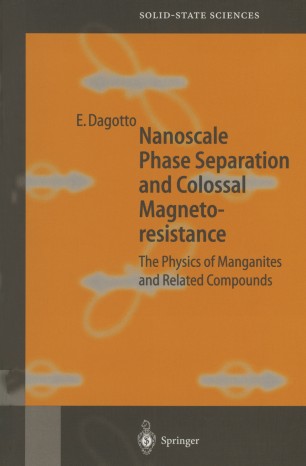 The Physics of Manganites and Related Compounds

The study of the spontaneous formation of nanostructures in single crystals is rapidly developing into a dominant field of research in the subject area known as strongly correlated electrons. The structures appear to originate in the competition of phases. This book addresses nanoscale phase separation, focusing on the manganese oxides with colossal magnetoresistance (CMR). The text argues that nanostructures are at the heart of the CMR phenomenon. Other compounds are also addressed, such as high-temperature superconductors, where similar nanostructures exist. Brief contributions by distinguished researchers are also included. The book contains updated information directed at experts, both theorists and experimentalists. Beginning graduate students or postdocs will also benefit from the introductory material of the early chapters, and the book can be used as a reference for an advanced graduate course.