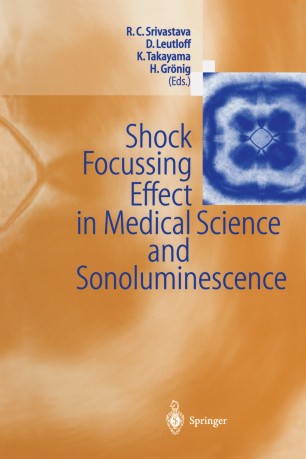 In 1942 Guderley investigated the behaviour of the typical parameters near the axis when he was studying the focusing of cylindrical shock waves by solving the partial differential equations using the similarity method. He pre­ dicted an infinitely large pressure and temperature at the axis of convergence. Since then many theoretical and experimental studies have been performed on shock focusing as an energy source for the generation of very high pressures and temperatures. Many experimental investigations confirmed the idea of Guderley that at the centre of convergence extremely high pressures and temperatures can be obtained. At the Technical University of Darmstadt we performed a numerical exper­ iment to investigate the shock-focusing phenomenon, and many test problems were solved using the Rusanov scheme. At the centre of convergence we ob­ tained extremely high pressures and temperatures. The results of these inves­ tigations were compared with the experimental work done at the Max Planck Institute for Fluid Dynamics Research in Gottingen. The three-dimensional time-dependent shock wave which was created by a centred gas volume under high pressure interacts with the plane walls of the cavity and leads to a focusing effect after the explosion. The symmetry-preserving character of the invari­ ant difference scheme under use was proved numerically by calculation over a long interval of time. A test run of our investigation was also made at the Institute of Computational Fluid Dynamics in Tokyo, Japan.