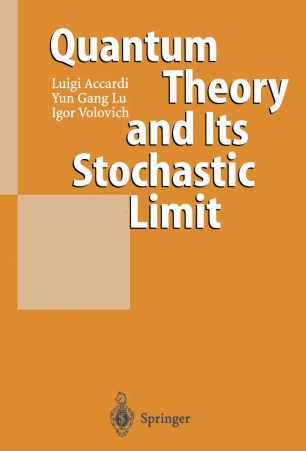 Quantum Theory and Its Stochastic Limit

The subject of this book is a new mathematical technique, the stochastic limit developed for solving nonlinear problems in quantum theory involving systems with infinitely many degrees of freedom (typically quantum fields or gases in the thermodynamic limit). This technique is condensed into some easily applied rules (called "stochastic golden rules") which allow to single out the dominating contributions to the dynamical evolution of systems in regimes involving long times and small effects. In the stochastic limit the original Hamiltonian theory is approximated using a new Hamiltonian theory which is singular. These singular Hamiltonians still define a unitary evolution and the new equations give much more insight into the relevant physical phenomena than the original Hamiltonian equations. Especially, one can explicitly compute multi-time correlations (e.g. photon statistics) or coherent vectors, which are beyond the reach of typical asymptotic techniques as well as deduce in the Hamiltonian framework the widely used stochastic Schrödinger equation and the master equation. This monograph is well suited as a textbook in the emerging field of stochastic limit techniques in quantum theory.