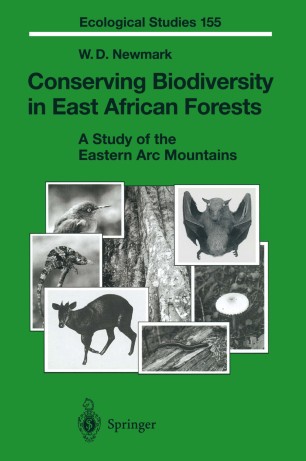 A Study of the Eastern Arc Mountains

Tanzania is one of the most biologically diverse nations in the world. Traveling from west to east across Tanzania, one encounters an incredible array of ecosystems and species. Beginning at Lakes Victoria, Tanganyika, and Nyasa that form much of the western boundary of Tanzania, one finds the most diverse and some of the most spectacular concentrations of endemic fish in any of the world's lakes. Moving further inland from the lakes, one meets the woodlands and plains of Serengeti, Ngorongoro, Tarangire, and Lake Manyara. The assemblages and movements of large mammals in these protected areas are unparalleled worldwide. Traveling yet further to the east, one comes to Mount Kilimanjaro, the highest mountain in Africa. Mount Kilimanjaro is of sufficient height to not only contain seven major vegetation zones, but also maintain permanent glaciers. Finally, shortly before arriving at the Indian Ocean, one encounters the Eastern Arc Mountains, a series of isolated and geologically ancient mountains, which due to their height and proximity to the Indian Ocean intercept sufficient precipitation to support, in many areas, moist tropical forest. The Eastern Arc Mountains are among the richest sites biologically in all of Africa and harbor unusually high concentrations of endemic species - species whose geographic distribution are restricted to these mountains. Unfortunately, much of Tanzania's biodiversity is threatened by habitat alteration, destruction, and exploitation. The Eastern Arc forests face some of the most severe threats to any of Tanzania's biologically unique sites.