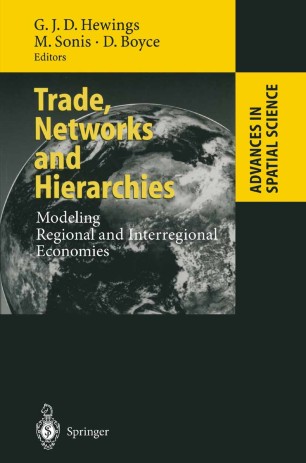 In 1989, after several years of discussion and negotiation, the Regional Econornics Applications Laboratory (REAL) was formed. This unique relationship between the Federal Reserve Bank of Chicago and the University of Illinois at Urbana-Champaign has been a significant source of intellectual inspiration for many students, visiting colleagues and members of the participating institutions for the past decade. The idea for REAL was hatched by Philip Israilevich and Geoffrey Hewings in typical Chicago style - in the back room of a local bar. In early December 1997, their collaboration came to an untimely end when Philip died after a three-year battle with cancer. The challenge of moving across a spectrum from theory to model development to implementation and interpretation provided the underlying motivation for REAL's formation together with an equally important component, namely the translation of many of these efforts into a form that could be understood and implemented by policy­ makers. For Philip, REAL and the Regional Science Association International provided the forums for his intellectual endeavors, although he also contributed many papers in banking. In recognition of his contributions and to provide a sense of the current research in the fields in which he published, many of the authors of these chapters assembled in Chicago in November, 1998 to participate in a small seminar in his honor. Several others who were not able to come nevertheless contributed chapters to this volume. Subsequently, all of the papers have been revised and updated.