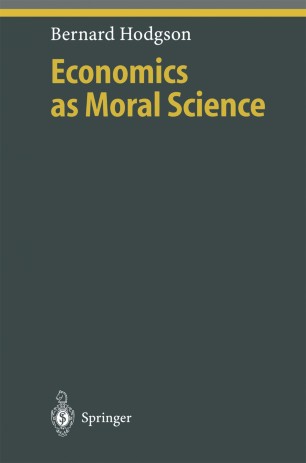 Economics as Moral Science investigates the problem of the ethical neutrality of "mainstream" economic theory within the context of the methodology of economics as a science. Against the conventional wisdom, the author argues that there are serious moral presuppositions to the theory, but that economics could still count as a scientific or rational form of inquiry. The basic questions addressed - the ethical implications of economics, its status as a scientific mode of theory-construction, and the relation between these factors - are absolutely fundamental ones for an understanding of contemporary economics, the philosophy of the human sciences, and our current market culture. Moreover, the study provides a thorough philosophical analysis of the critical issues at stake from the inside, from the credible perspective of a particular, but foundational economic theory - the neoclassical theory of rational choice.