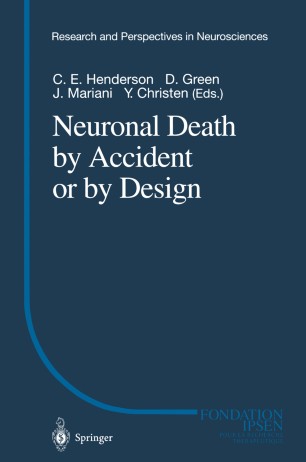 Neuronal Death by Accident or by Design

Part of the Research and Perspectives in Neurosciences book series (NEUROSCIENCE)

Four chapters represent the intense current effort to understand the way in which the mitochondrion controls the activation of the final stages of cell death. Another four articles attack the problem from the other side. How do specific insults in particular human or mouse neuro-degenerative diseases translate into mechanisms that will not only allow us to better understand what is happening in these patients but also, with luck, allow for development of more efficient and specific drugs in the future? Firstly, the concept of a central common cell death pathway, originally derived from studies on the nematode, has been an outstanding productive paradigm in bringing together different strands of research. Secondly, truly striking links have been made between results obtained in the culture dish (or even cell-free systems) and the diseased human brain.