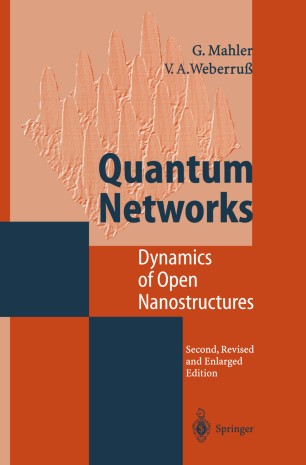 Quantum Networks is focused on density matrix theory cast into a product operator representation, particularly adapted to describing networks of finite-state subsystems. This approach is important for understanding non-classical aspects such as single subsystem and multi-subsystem entanglement. An intuitive picture evolves of how these features are generated and destroyed by interactions with the environment. The influence of the environment renders these networks open systems, which may be approximately described by master equations. Their stochastic unravelling allows efficient simulations on the single-network level. In this way, the dynamics of individual quantum systems is intimately interrelated with information dynamics. This second edition has been revised and enlarged. For better clarity the text has been partly reorganized and figures and formulae are presented in a more attractive way. The book will be invaluable for graduates and scientists with a theoretical interest in composite quantum systems. It will help them derive an intuitive feeling for the meaning of quantum information, of recent ideas based on so-called quantum gates and for how the underlying rules depend on the physics of the network and the embedding environment.