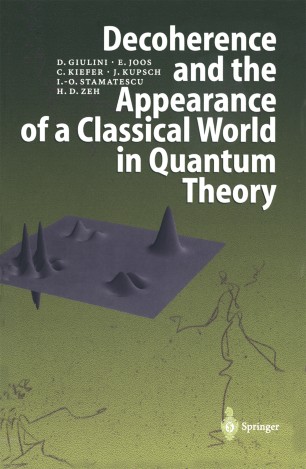 Decoherence and the Appearance of a Classical World in Quantum Theory

Decoherence, a concept known only to few physicists when the first edition appeared in 1996, has since become firmly established experimentally and understood theoretically, as well as widely reported in the literature. The major consequences of decoherence are the emergence of "classicality" in general, superselection rules, the border line between microscopic and macroscopic behavior in molecules and field theory, the emergence of classical spacetime, and the appearance of quantum jumps. The most important new developments in this rapidly evolving field are included in the second edition of this book, which has become a standard reference on the subject. All chapters have been thoroughly revised and updated. New fields of application now addressed span chaos theory, quantum information, neuroscience, primordial fluctuations in cosmology, black holes and string theory, experimental tests, and interpretational issues. While the major part of the book is concerned with environmental decoherence derived from a universal Schrödinger equation, later chapters address related or competing methods, such as consistent histories, open system dynamics, algebraic approaches, and collapse models.