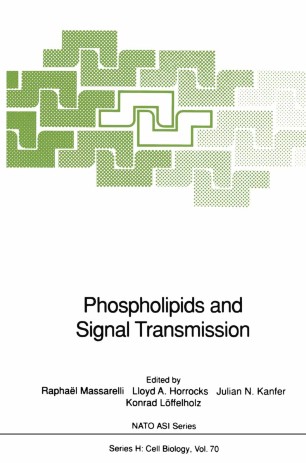 Once Nietzsche said that human beings may be divided into two categories: Apollonians and Dionysians*. By this the philosopher meant that there are human beings a) who know what they are going to do in the long-term future (what we now call the grant application for the next 5 years), i. e. , Apollonians, and b) who barely know what they are going to do tomorrow morning before breakfast, i. e. , Dionysians. ** To organize a symposium, this symposium in particular, a committee had to be formed either of individuals sharing both Nietzschean characteristics or of individuals possessing either characteristic. Considering the rarity of the former type of subject, this organizing committee was spontaneously formed by a typical sample of both types of individuals. We first met in Perugia in 1988. Those of us who were Apollonians had thus a chance to organize a programme. The Dionysians knew what was going to happen to them, but, of course, did not know yet how to cope with it. They duly did so every day of the meeting, after breakfast. The organizers decided that it would be a useful exercise to assemble experts having different perspectives but all pursuing a very rapidly developing aspect of cell biology. They also hoped that these selected Apollonians and Dionysians would not merely recount their results but try to project the future through active interchanges of ideas and opinions with other attendees.