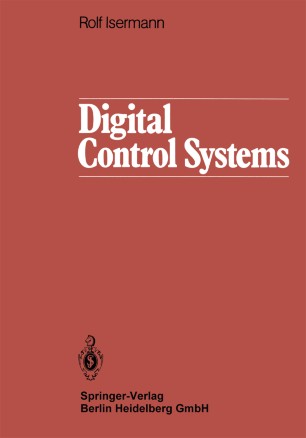 The great advances made in large-scale integration of semiconductors, the resulting cost-effective digital processors and data storage devi­ ces, and the development of suitable programming techniques are all having increasing influence on the techniques of measurement and con­ trol and on automation in general. The application of digital techni­ ques to process automation started in about 1960 when the first process computer was installed. From about 1970 computers have become standard equipment for the automation of industrial processes, connected on-line in open or closed loop. The annual increase of installed process compu­ ters in the last decade was about 20- 30 %. The cost of hardware has shown a tendency to decrease, whereas the relative cost of user soft­ ware has tended to increase. Because of the relatively high total cost, the first phase of digital computer application to process control is characterized by the centralization of many functions in a single (though sometimes in several) process computer. Such centralization does not permit full utilization of the many advantages of digital signal processing and rapid economic pay-off as analog back-up systems or parallel standby computers must often be provided to cover possible breakdowns in the central computer. In 1971 the first microprocessors were marketed which, together with large-scale integrated semiconductor memory units and input/output mo­ dules, can be assembled into more cost-effective process microcompu­ ters.