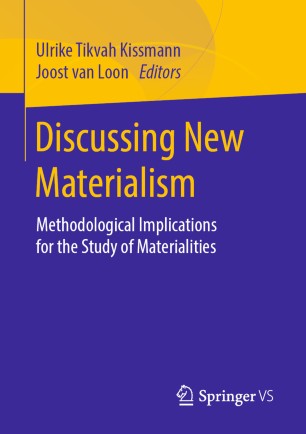 Methodological Implications for the Study of Materialities

The essays in this volume discuss the various approaches to New Materialism in Sociology and Philosophy. They raise the questions of what New Materialism consists of and whether it in fact should be considered a radical change in Social Theory. Are the ideas of a “material turn”, as the theory is formulated and in its assumptions, foreshadowed by the classical philosophies of Spinoza and Tarde? Do these new approaches bring substantially new perspectives to Social Theory? A further goal of these essays is to formulate the methodological and methodical consequences for its empirical implementation. What conditions must an ethnography of things fulfill if it is to be sufficient? Which participant objects and bodies do the approaches of the various social theories and methodologies include or exclude?
Contents
• Postphenomenology and Actor-Network-Theory
• Cyborg and Agential Realism
• Praxeology and Communicative Constructivism
• Algorithmic Culture and Doing Science
Audience
Sociologists, philosophers, artists, scholars in Science and Technology Studies
Editors
Ulrike Tikvah Kissmann is Professor of Sociological Methodology of Qualitative Reconstructive Research at the University of Kassel.
Joost van Loon is Professor of General Sociology and Sociological Theory at the Catholic University Eichstätt-Ingolstadt.