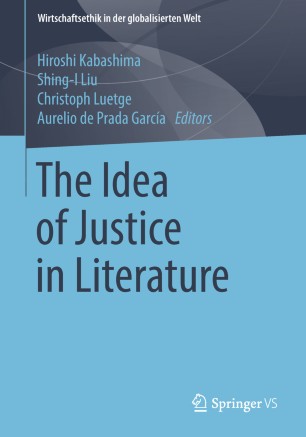 The Idea of Justice in Literature

The theme arises from the legal-academic movement "Law and Literature". This newly developed field should aim at two major goals, first, to investigate the meaning of law in a social context by questioning how the characters appearing in literary works understand and behave themselves to the law (law in literature), and second, to find out a theoretical solution of the methodological question whether and to what extent the legal text can be interpreted objectively in comparison with the question how literary works should be interpreted (law as literature). The subject of justice and injustice has been covered not only in treatises of law and philosophy, but also in many works of literature: On the one hand, poets and writers have been outraged at the social conditions of their time. On the other hand, some of them have also contributed fundamental reflections on the idea of justice itself.Contents
The Idea of Justice in Drama.- Narrative Literature, Poetry and Essays.- Graphic Novels and Legal Philosophy

Target Groups
Lecturers and students of philosophy, economy and literature