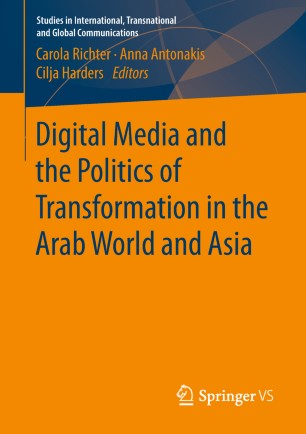 Part of the Studies in International, Transnational and Global Communications book series (SITGC)

In times of increasing mediatization and digitalization media play an important role in political and societal transformation processes. The authors of this volume take an actor-centered perspective to shed light on current cases in Arab and Asian countries. They inquire into the ways processes of networking and mobilization evolve in the context of restricted media systems and state-dominated public spheres. It features original research about various social and political actors such as women’s rights activists, public intellectuals, anarchists and Islamists.

The Editors
Carola Richter is professor for international communication at the Institute for Media and Communication Studies, Freie Universität Berlin.
Anna Antonakis is a post-doctoral researcher based in Berlin and working as a political scientist in the fields of gender, media and security.
Cilja Harders is professor of political sciences and director of the Center for Middle Eastern and North African Politics, Freie Universität Berlin.