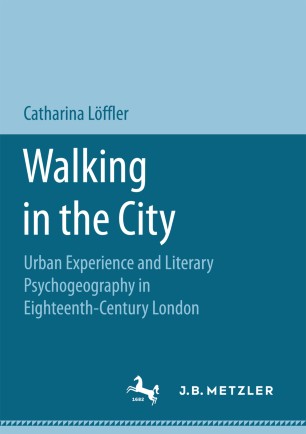 Walking in the City

In this book, Catharina Löffler traces the psycho-physical experiences of London walkers in eighteenth-century literature. For this purpose, readings of fascinating, exciting, comical and sometimes disturbing texts grant insights into a culturally, historically and socially significant time in the history of London and make this book a tour of London as seen and heard through the eyes and ears of fictional eighteenth-century urban walkers. Uniting concepts of literary theory, urban studies and psychogeography, Löffler approaches a cross-generic range of literary texts that design uniquely subjective visions and versions of the city. A journey through the fictions and factions of eighteenth-century London, this book provides a compelling read for anyone interested in the history and literature of the English capital.