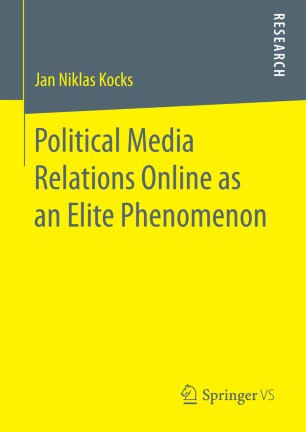 Jan Niklas Kocks explores the effects of the now almost ubiquitous online media on political media relations and the interactions defining them. He analyses the ways in which leading political spokespersons and journalists perceive digitisation in terms of technological, organisational and political change as well as the actual adaptations of digitisation on an individual and organisational level. Political media relations are approached from a perspective of social network analysis. Findings indicate a picture of political media relations as a continuing elite phenomenon. Networks are still mostly characterised by exclusive arrangements – and often to an even larger degree than the actors involved actually perceive.
Contents
• Political Media Relations in the Digital Age
• Perceptions and Adaptations of Digitisation
Target Groups
• Researchers and students in the field of communication studies
• Practitioners in political communication
The Author
Jan Niklas Kocks is a researcher at the Institute for Media and Communication Studies, Freie Universität Berlin.

Jan Niklas Kocks is a researcher at the Institute for Media and Communication Studies, Freie Universität Berlin.