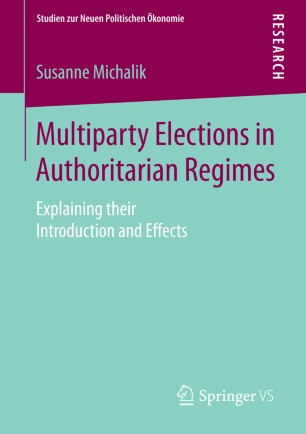 Explaining their Introduction and Effects

Susanne Michalik analyzes why authoritarian regimes allow for multiparty elections and how they affect political outcomes. Even though their introduction rarely leads to a change in power, such elections should not be regarded as mere window-dressing. She argues that competitive elections are installed to deal with a split among the incumbent elite and to facilitate the formation of a new ruling coalition. In a cross-national study the author finds that elections matter and the ruling party does more than just manipulate election results in order to be reelected. Incumbents provide a mix of public goods and targeted public goods depending on the level of electoral competition they are experiencing. The outcome of authoritarian multiparty elections in the form of the legislature’s party composition also has an effect on the regime’s international relations in the form of foreign aid allocation.

Susanne Michalik is working as a researcher at the Federal Statistical Office (Destatis).