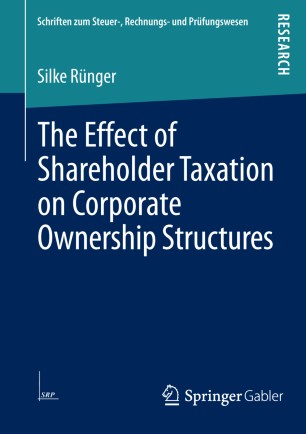 The Effect of Shareholder Taxation on Corporate Ownership Structures

Dr. Silke Rünger is an assistant professor at the Institute of Accounting and Taxation, University of Graz, Austria.