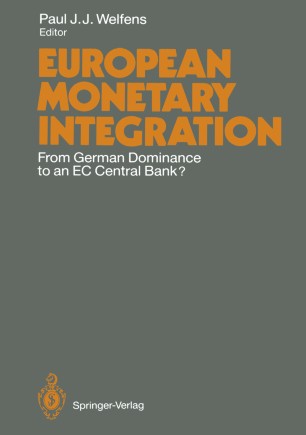 From German Dominance to an EC Central Bank?

Monetary integration in the EC will continue with the desired hardening of the European Monetary System that is expected to lead to an EC central bank in the 1990s. Why has the European Monetary System been so successful and what role has the Deutsche Bundesbank played in monetary policy and the EMS in Europe? This book gives an assessment of the EMS developments and its stability record, analyzes the impact of German monetary unification and shows how financial market liberalization as well as the EC 1992 project affect the process of Economic and Monetary Union. The progress in the EMS is occuring in a period of both thorough changes in the U.K. and in European East-West relations and global economic changes. The problems of EC monetary union and EC central banking are discussed and questions of the transition phase of monetary policy are raised. The further progress of EMU - including the creation of an EC central bank - is analyzed both theoretically and from a political-economy perspective. Creating a common central bank and an EC currency raises new issues for the consistency of monetary and fiscal policy in Europe, where U.S. experiences provide valuable insights.