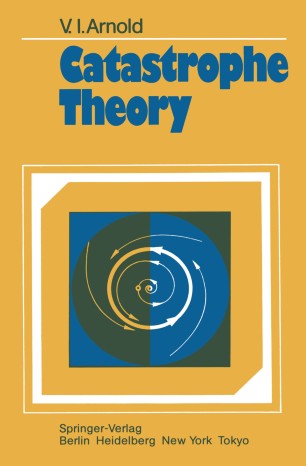 Singularity theory is growing very fast and many new results have been discovered since the Russian edition appeared: for instance the relation of the icosahedron to the problem of by­ passing a generic obstacle. The reader can find more details about this in the articles "Singularities of ray systems" and "Singularities in the calculus of variations" listed in the bi­ bliography of the present edition. Moscow, September 1983 v. I. Arnold Preface to the Russian Edition "Experts discuss forecasting disasters" said a New York Times report on catastrophe theory in November 1977. The London Times declared Catastrophe Theory to be the "main intellectual movement of the century" while an article on catastrophe theory in Science was headed "The emperor has no clothes". This booklet explains what catastrophe theory is about and why it arouses such controversy. It also contains non-con­ troversial results from the mathematical theories of singulari­ ties and bifurcation. The author has tried to explain the essence of the fundamen­ tal results and applications to readers having minimal mathe­ matical background but the reader is assumed to have an in­ quiring mind. Moscow 1981 v. I. Arnold Contents Chapter 1. Singularities, Bifurcations, and Catastrophe Theories ............... 1 Chapter 2. Whitney's Singularity Theory ... 3 Chapter 3. Applications of Whitney's Theory 7 Chapter 4. A Catastrophe Machine ...... 10 Chapter 5. Bifurcations of Equilibrium States 14 Chapter 6. Loss of Stability of Equilibrium and the Generation of Auto-Oscillations . . . . . . 20 .