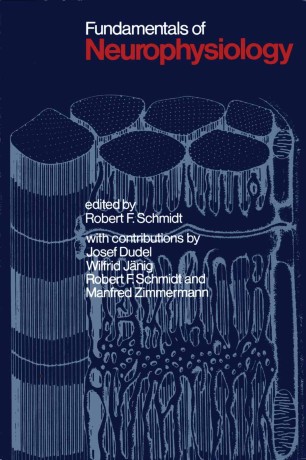 The English edition of this book has been prepared from the third Gem1an edition published in December 1974. The first two German editions, published in 1971 and 1972, respectively, were very well received in Germany. We hope that this English version will enjoy a similar popularity by students wishing to understand the essential concepts relevant to the fascinating field of neurophysiology. The evolution of this book has been unique. The first edition was based on a series of lectures presented for many years to first-year physiology students at the Universities of Heidelberg and Mannheim. These lectures were converted into a series of 38 programmed texts, and after extensive testing, published as a programmed textbook of neurophysiology (N europhysiologie programmiert, Springer-Verlag Heidelberg, 1971). Thereafter the present text was written and thoroughly brought up to date. Throughout this period all of the authors were members of the Department of Physiology in Heidel­ berg allowing for maximum cooperation at all stages of this endeavor. With regard to the English edition, I wish to express my apprecia­ tion to Mr. Derek Jordan and Mrs. Inge Jordan for translating this book, and to my colleagues Dr. Mark Rowe and Dr. Dean O. Smith for their valuable comments and suggestions on the English manuscript. I express my grateful thanks to the publishers, both in Heidelberg and New York, for their unfailing courtesy and for their extraordinary efficiency.