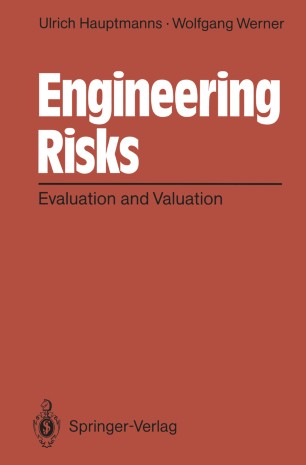 Encouragement by colleagues and a considerable increase in the use of prob­ abilistic analyses since the publication of the German edition in 1987 have motivated this English version. A mere translation was inappropriate because a number of important studies completed in recent years had to be included, among them the assessment of the risks of five nuclear power plants in the United States of America and the German Risk Study, Phase B. The opportunity was taken to elaborate on some concepts which have gained importance of late such as accident management. An update of international safety goals was also made; however, this can only be a momentary view of a field subjected to frequent change. Thanks are due to the Springer-Verlag for the careful editing and production of the book. Kaln, Garching Ulrich Hauptmanns March 1990 Wolfgang Werner Preface to the German Edition With the increasing use of complex technologies there is a growing need to evaluate the associated risks. The methodology of probabilistic safety and risk analysis allows predictive valuation of risks. Nuclear engineering has been in the forefront of the development and application of this method. In the Safety Study on US Power Plants published in 1975 the risk of an entire technology was investigated systematically and quantified for the first time. Meanwhile the methods have continuously been improved and applied to a number of nuclear power stations.