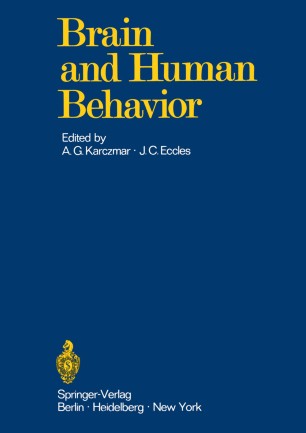 This volume is based on the Symposium on "The Brain and Human Behavior," held in October of 1969 as a part of the centennial observance of the Loyola Uni­ versity of Chicago. As President of the University, I was pleased to offer the University's support for the organization of this Symposium and to participate in some of its sessions. The volume which I now have the pleasure to introduce employs the materials of the Symposium as a framework. Its chapters constitute updated and greatly expanded versions of the original presentations, edited and organized so as to constitute an integrated picture of Neurosciences and their epistemological aspects. It seems appropriate for me to describe at this time certain features of this Jesuit University and of its Centennial which are particularly pertinent in the context of the present volume. Loyola University of Chicago opened its classes on September 5, 1870 with a faculty of 4 and a student body of 37. Today, Loyola University is the largest in­ dependent University in Illinois and the largest institution of higher learning under Catholic sponsorship in the United States of America. The University comprises twelve schools and colleges, a faculty of more than 1,600 and a student body of 16,545. As an institution of learning, this University is dedicated to knowledge; but perhaps more particularly than others, it is dedicated to the integration of truth and the knowledge of man as such.